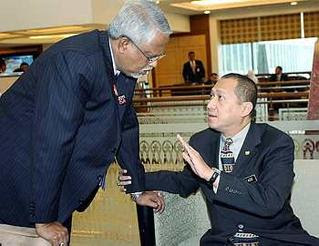 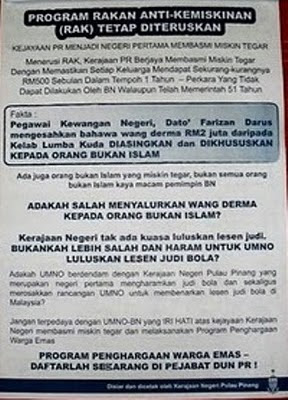 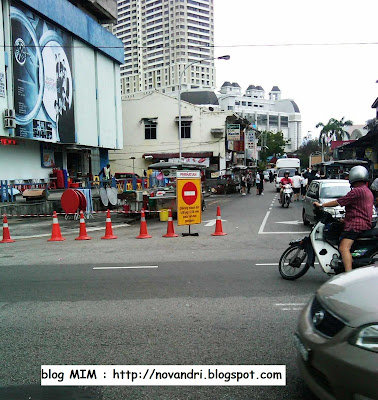 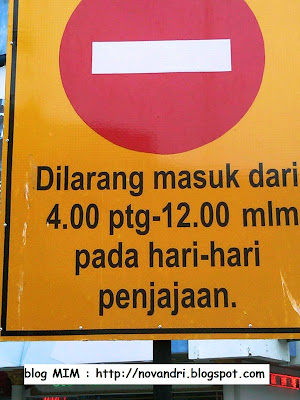 The unDemocratic Action Party’s dictator since 1969, Lim Kit Siang, had become more desperate than I could imagine. The party which had never changed their leader since 41 years ago has a leader who is increasingly being exposed as a racist and a hate-monger.
When Tun Mahathir Mohamed told his audience that some chinese had claimed that BN had toppled the chinese government in Perak, Lim Kit Siang went out with guns blazing claiming that Tun Mahathir is the number one racist in the country.
The fact, is, that was what has been relayed to Tun Mahathir through meetings with people from all walks of life. Tun feels that this is the cause that the chinese does not support the BN – because a chinese government was brought down by the BN. We all know that Tun did not approve of the way the matter was handled back in early 2009.
So what did Tun actually said that had made Lim Kit Siang frothing in the mouth? Tun merely said:

“We see Nizar in Perak…even though he was Mentri Besar, he followed the instructions of DAP until he fell. The Chinese claim this was BN’s move to bring down a Chinese government.
“So they called it a Chinese administration and is it not possible that we can have a prime minister like Nizar, Malay in name and a Muslim but not really independent and a tool of others,” he said.

So there, it is the chinese that said BN toppled a chinese government of Perak.
That was the sentiment Tun gets from the people that he had met. Is this not true? Care to find enough people to say it otherwise?
Therefore, if Tun was merely relaying what the chinese had told him, then the number one racist in this country is certainly not Tun himself. Then who is?
Lim Kit Siang however, countered the exposure that DAP is really a chinese-centric party by telling the crowd:

“What Chinese government? The Perak government by PR was a Malaysian government. This is very sad. Dr Mahathir just wants to tell the Malays that if Umno loses the elections, the Malays will lose power.”

Well then, if Perak government under Pakatan Rakyat was a Malaysian government, then why did the chinese there felt that a ‘chinese’ government had been thrown out? Don’t ask Tun Mahathir, he was just saying what the chinese told him!
To cover up this obvious fact, Lim Kit Siang HAD TO counter this by saying it is Malaysian government.
There is no other way.
Racism is so deep rooted in Pakatan Rakyat that even the former menteri besar is guilty of creating hostility between the Malays and the chinese. Nizar Jamaluddin should be stripped of his title but then again, no action is being done towards him because just like Namewee, only the federal government can be racist.
The opposition are ‘victims’ of racism as always.
Lets look at what Nizar had said in one of his speeches in front of the chinese crowd:
Listen to what he said.
He actually told the chinese that back in 1987, Najib had urged the Malays to bathe the keris with chinese blood. Nizar then said that Najib wanted the Malays to flood the streets of Kuala Lumpur with chinese blood.
(By the way, I would really like to know what he had actually said from the 2oth second to 26th second in that video. Any of my readers here care to translate? Thank you.)
We all know that is not true and Najib had denied ever saying that. Nobody had shown proof or even heard Najib said that.
Therefore, Nizar Jamaluddin had been seditious and played up racial sentiment to aggravate the chinese into hating Najib and hating Umno directly.
And by saying all those vile words, we the Malays are upset with Nizar and Pakatan Rakyat where time and time again they had tried to anger the chinese that way. We certainly do not want our neighbours to feel insulted because if the chinese cannot meet Najib face to face to show their anger, they will certainly show their resentment towards any Malays they meet. Hence, subconsciously, the feeling of disdain and anger is created between races.
Why did Nizar and DAP want to play with fire with regards to racial politics?
When one disrespect the Malays this way, there will be a reaction.
Nizar created lies so that people will hate the government. The main beneficiary of this anger is the Malays. Nizar lied to the crowd! And he is none other, an ISLAMIC leader of PAS!  I am not even sure whether his heart is with PAS. He looks more like a DAP mongrel. Confused on what his principles should be. Well, maybe Tun was right. He is just a tool for the DAP.
As the result of Nizar’s stupidity and power hungry tendencies, the Malays suffered indignity.
This is the same sentiments the Malays are facing prior to the 1969 racial riots.
The Malays, who are innocently caught between greedy and racist politicians of the opposition parties, became the victims of massive humiliation to their racial pride.
Back in 1969, people similar to Nizar Jamaluddin and Lim Kit Siang incitedlies and hate among the non Malays which culminated to the extreme uncivilised rudeness we now know as the ‘victory parade’ of the chinese opposition a day before 13th May 1969.
Up to this day, Lim Kit Siang had never apologised on behalf of his DAP supporters who took part in the victory procession.
In the propaganda book that Dr Kua Kia Soong had wrote, his entire ‘research’ only mentioned victory procession in about two sentences. That is how he covered up DAP’s hand in inciting the racial riots.
I had dissected his book an uncovered his lies when I wrote the ‘True and Fair View of the 1969 Racial Riots’.
Lim Kit Siang had not apologised to the nation for what his party had done. 41 years ago. The couple of pictures below can testify to the violent racial insults committed by DAP back then.

And do all of you know what kind of insults DAP supporters had thrown to the Malays? Apart from showing their private parts to the Malay crowd during the procession, they had, among others, screamed:
“Melayu balik kampung!”
“Melayu sekarang sudah tiada kuasa lagi”
“Melayu keluar – apalagi duduk sini?”
“Kita hentam lu; sekarang kita besar”
“Melayu kita kasi habis”
All the above are the printable ones here. There are many other documented insults which are more hurtful and malicious than the above. Profanities were hurled non-stop to every Malay in sight. Please read the link I provided above.
This was the situation back then.Very similar to the crassness that is being shown by the DAP leaders and their goons in their political speeches.
Lim Kit Siang is being a racist because this is the only politics that he knows. If a person other than him incite the people the same way like this in Singapore, Lee Kuan Yew would have thrown him into jail indefinitely.
In order to sugarcoat his approach, Lim Kit Siang attacked Tun Mahathir with the only weapon that he knows – call other people as racist.
Rational people will be the judge of all the opposition’s ploy in seizing power. Unfortunately for us Malaysians, political leaders such as Nizar Jamaluddin and Lim Kit Siang could only muster this sinful racist approach in order to show people that they are better leaders.
A mature opposition would actually show the people that they are the better alternate to the government. But what he have here are hateful leaders inciting hate among the races. It is very unfortunate indeed.
What can Lim Kit Siang show us when everything that came out from his mouth is to demand this and that or accuse other people of racism when in actual fact, Lim Kit Siang is the father of all racism.
Bear in mind, before DAP, Labour Party and Malayan Communist Party existed, there was no racial tension in this country.
There is no point on asking people to apologise for apparent racial slurs when he himself is the leader of a bunch of people who instigate racial disharmony most of the time. This is why he is now seemed desperate. Hate-mongers will be paranoid all the time.- Sumber JMD 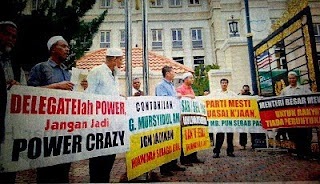 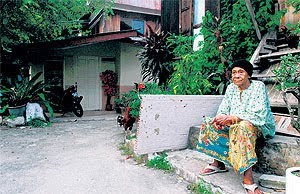 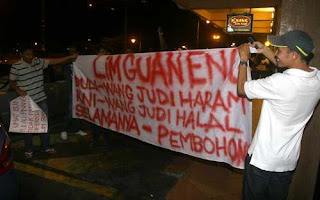 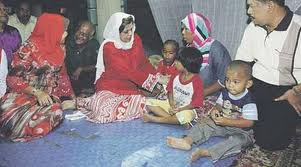